The Big Mission Behind Our Little Purse

We are doing our best to implement programs that are world-class - using the wisest approaches available to address
very challenging problems. Here is more about how we look at the topics involved...

When we first walked into Ngombe Compound (pronounced Nom-Bay) in March 2009 we were naive about the depth of the human tragedy residing there. We didn’t know where to start, or what we could do to help, but we felt called to do something.

Ngombe is the worst urban slum in Lusaka Zambia, a place of 150,000 people, half of them under 15. A very large percentage are HIV positive. 2/3rds of the children have lost one or both parents and are being cared for by their aunties, grandmas, or other relatives.

That day we felt the heartbeat of those moms for their children in a vibrant way. Their passion for their kids was unstoppable, mesmerizing, and contagious. They would arrive each day, lead the children in prayer and scripture reading, and then begin school. They wanted them educated at all costs. They had a very simple set of goals.

Second, they wanted a school lunch to serve.

Fourth, they wanted the kids (and the community) physically healthy.

These goals are time-tested and mom approved. The moms of Ngombe have spoken and we are doing our best to listen and serve. Our goal is to support them in their achievement of these critical goals. 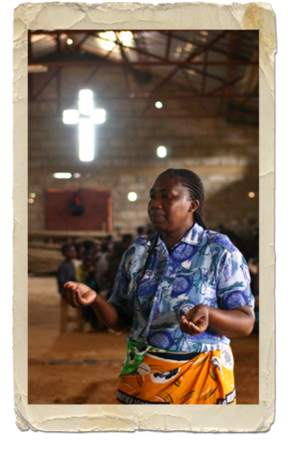 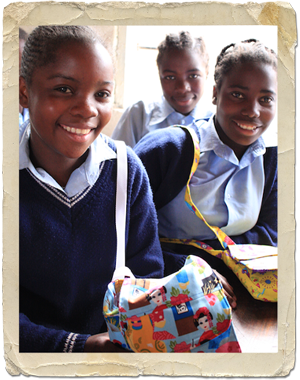 These goals are time-tested and mom approved. The moms of Ngombe have spoken and we are doing our best to listen and serve. Our goal is to support them in their achievement of these critical goals.

When we first met Esther and the team at the Needs Care School in March 2009, they had 475 children and were meeting in a partially constructed church building to conduct school each day. Through a miracle, a proper school was constructed for them in 2013 and Needs Care School currently offers classes for grades 1 -7. Today, there are eight teachers and nearly 1,500 students.

Though costs to attend school in Zambia are low compared to the developed world, these costs are often beyond the means of families living in poverty. Each $15 per month pledge to our Academic Success Program provides the following educational assistance:

When we first met the moms at Needs Care School, providing the children a nutritious school lunch was an impossibility. Even government assistance for a daily cup of porridge is no longer available. But there is hope!

The ten acre 3 Esthers Farm, established in 2015, sits just outside of Lusaka. This farm is dedicated to producing enough resources to feed the 1,500 children at the school lunch each day.

The farmland has been cleared and fully fenced and features electricity, a well, caretaker’s cottage, chicken house, goats, a water tower and irrigation piping. Dozens of banana and mango trees have been planted, and various crops have been sown.

We’ve done so much, but there is still so much to do.

Your $25 monthly pledge to the 3 Esthers Farm will allow us to continue the march toward our goal of providing a daily lunch for every child at the Needs Care School. 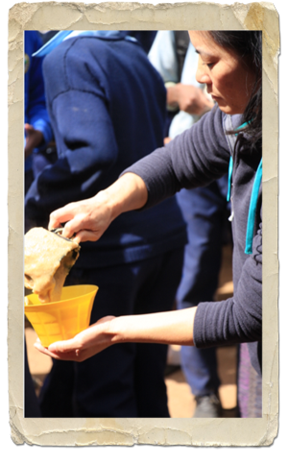 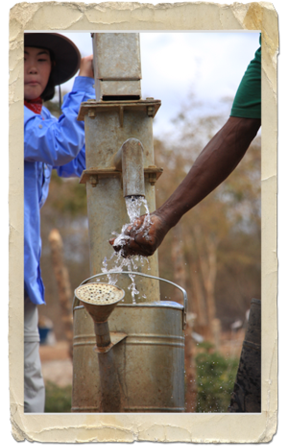 Clean water, soap and sanitation in Ngombe Compound are real challenges. There is no garbage service, and trash that is not burned goes everywhere. Raw sewage collects in open sewage canals, dependent on infrequent rains to empty them. Most homes simply have a hand dug latrine somewhere on their property.

Water and sanitation issues impact the health of children very directly. Bilharzia (schistosomiasis) is a chronic parasitical tropical disease that is rampant in Ngombe Compound. HIV/AIDS, TB and malaria are all too common. Good water, sanitation and access to soap are basic components to battling disease.

Today at the Needs Care School, they have clean water and the bathrooms are in good shape. Funds raised through our academic success program help insure that these resources are well maintained.

Our soap making team works tirelessly to create abundant bars of quality soap, while providing jobs for local women. The sewing team is busy making the reusable feminine hygiene supplies that are provided to girls through the Sew Powerful Purse Program.

Your monthly pledge to support any of these teams – Academic Success, Soap Making or Sewing – Is helping to ensure the good health of the students at Needs Care School.

Pray For Our Soap Making Team

HIV is a large issue, as are other common diseases include water and sanitation related illnesses.

When needed children are assisted with support via the local government clinic.

Ant-Retroviral Therapy drugs to combat HIV are made available through a government clinic, but there are still many challenges.

One of the primary factors in good HIV management is access to quality nutrition, so the drugs can be taken and remain effective. So the food and health topics really go hand-in-hand.

The clinic also serves the whole community by conducting a ‘maternal health clinic’ one day per week. 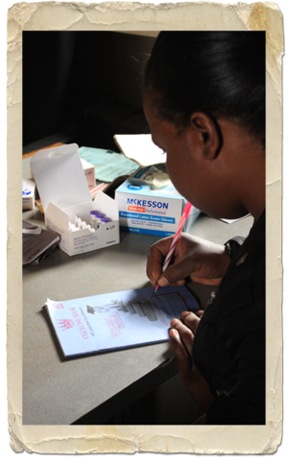 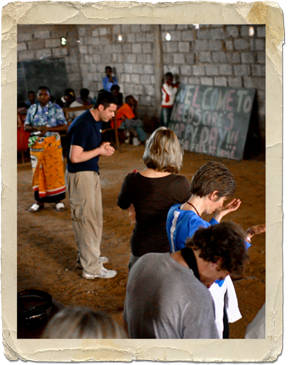 (March 2009) Esther explained how they used the partially completed church building as their make-shift school. A different class in each corner with a different mom leading a grade. They had 475 children back then. Today they have a large school campus, qualified teachers, children in nice uniforms, and a 7th grade exam pass-rate that is higher than most public and private school in Zambia.

Sew Powerful was born out of our desire to help the moms make money, so they could support the school their children attended. This goal fit us nicely since we ran (and still run) a sewing related company. But the other four goals are crucial too, which is why the moms were trying so hard to find a way to achieve them. They are on the front-lines, we are simply the support team.

The sewing cooperative gives them the ability to make a difference in their community to achieve these worthy goals and we’re glad we started partnering with them to achieve it. We started with an innovative school uniform program and then reusable feminine hygiene pads. These purposeful products provide an income to the seamstresses while at the same time making education possible for the children of the community.

They’ve built a strong skill set that they use to make a difference. That knowledge can never be taken away from them.

Since 2009 we’ve worked to tell the story of the moms of Ngombe. They’ve achieved a school campus and buildings, a clinic, a farm for food, water, bathrooms, desks, qualified teachers that are paid, a library, and so many other goals. It’s our honor to serve them as they work hard to make the school a vibrant place for their children.

Join us as an Atelier Angel and support our growing team of seamstresses, providing the dignity of work and the purposeful products they create to impact the lives of children in Ngombe Compound.